Disclaimer/Edit: As of June 2013, the Sailor Moon Forum is neither hosted by the company listed in this post or run by the individuals that were mentioned in the post, and this link explains why. While the below material was true at the time of writing, it is no longer the case. Nevertheless, I maintain the post below as originally presented for archival purposes.

There's a lot to not like about the Sailor Moon Forum and the administration by Elly (a.k.a. Miss Dream) and Deimos Project.

Elly is an admitted copyleft advocate who believes copyrights are invalid and encourages piracy of the Pretty Guardian Sailor Moon manga.  She has been caught distributing faked documents and instigating fights with other Sailor Moon fan sites.  She ignores complaints of people distributing fan animations (by the fairly, well-known celeurmouy).  She even shuts down opposing sites if they happen to paint her in an unflattering light.

Yet now, those at the Sailor Moon Forum have done something worse than the above.  They publish the "real names" of people's screen names who get banned.  To be clear, they do not glean this information from people's public posts on the forum.  No, they scour the Internet for information on people, and post pictures and "real names" in an effort to name and shame those who they do not like.  See below: 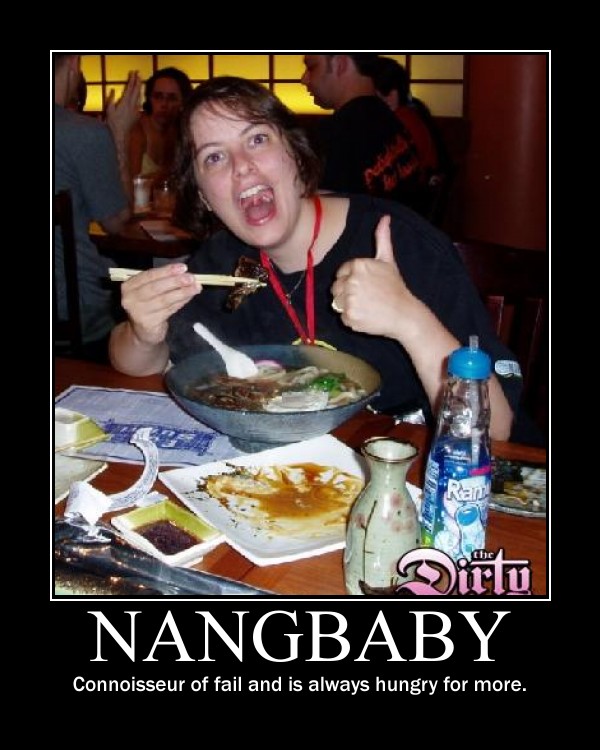 As seen, making fun of me was considered "quality" on the Sailor Moon Forum.  Since I was so "terrible" I got banned, but I received a specialized image that will haunt me for the Internet through the rest of my days.  Elly continues to endorse this, stating that I brought this on myself for being a bad person, and refuses to back down.

What makes matters worse is that the Web host of Sailor Moon Forum, HostRocket, endorses this libel, invasion of privacy, public humiliation, and general bad behavior.  I personally complained to them, and their response was as follows: 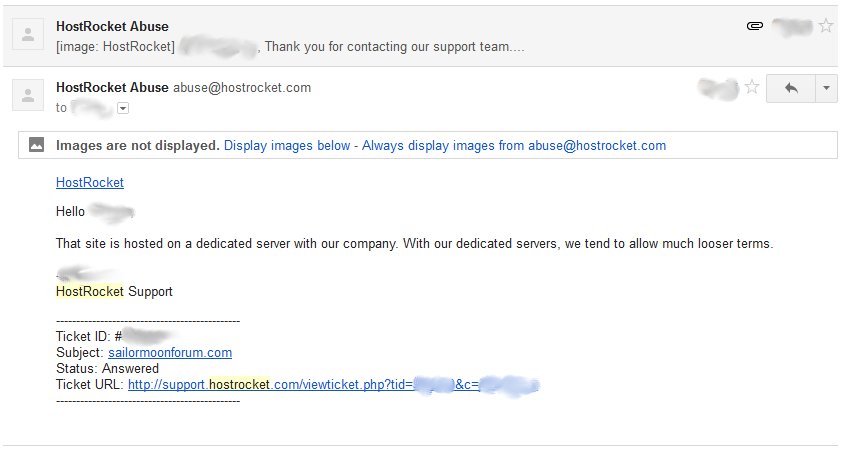 For those who can't see the image, this is the text:

I have communicated with others who have also contacted HostRocket, and there has been no action taken on those complaints as of this writing.  This means HostRocket is complicit with a forum that is defaming the characters of individuals.  (Of course, the Sailor Moon Forum appears to be receiving better treatment than some of HostRocket's own customers have received.)

To conclude, HostRocket supports Sailor Moon Forum, a forum whose members' hate for all things "politically correct" rivals that of Stormfront.  At the Sailor Moon Forum, they hate the idea of ethnic diversity (let alone racial diversity) and feel the need to endorse a monochromatic society, banning not one but two racial minorities in a one-week span because those posters objected to the unfair treatment they received.   On the Sailor Moon Forum the only minorities permitted to openly and repeatedly express their viewpoints are those whose sexual orientation differ from the norm, and religious minorities.  Despite this, the management of the forums claims not to discriminate and bully, while a Web host as HostRocket enables harassment to continue in spite of the forums' denials.

To borrow a phrase from the character in my icon, "The joke's on you. I'm not even a real Nadia."
Collapse